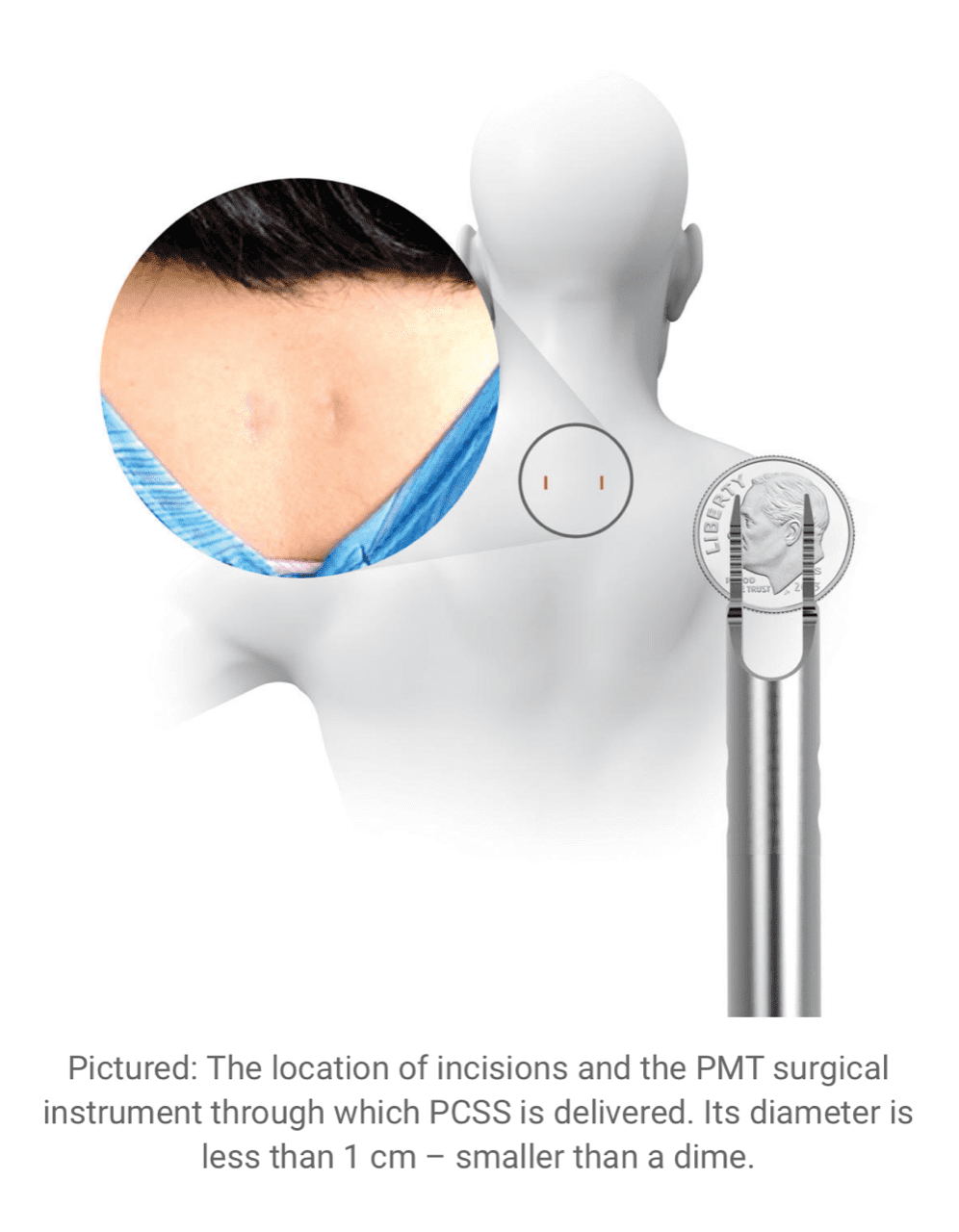 Cervical laminotomy is similar to cervical foraminotomy. The procedure begins in the same way, with an incision made at the middle of the back of the neck. In cervical laminotomy, the lamina is partially cut to form a hinge, thus relieving pressure over the spinal cord. Then, bone spurs, herniated disc tissue, and other fragments are removed to widen the spinal canal.

Posterior cervical fusion (PCF) is a spinal fusion surgery in the neck, or cervical, spine. The surgeon makes an incision in the back of the neck. The contents of the neck are gently retracted, enabling the back part of the spine to be seen. Fluoroscopy is used to determine the correct level(s) before the disc material is removed and the fusion graft is inserted. A surgical plate is then screwed in place over the fusion level.

What to Expect During Cervical Fusion:

• The surgeon makes an incision in the back part of the neck.

• Fluoroscopy (live X-ray) is used to determine the correct level(s) to be operated.

• The contents of the neck are gently retracted to the side so that the spine can be seen.

• A fusion cage is placed in the disc space.

• Often, a plate is screwed over the operated segment to hold the graft in place and stabilize the area.

What is a posterior cervical fusion?

An posterior cervical fusion (PCF) is an operation through the back of the neck to relieve pressure on the spinal cord and/or nerves, as well as to stabilise the spine.

It is abbreviated to ‘PCF’, with each letter standing for:

P= Posterior This means the operation is done from the back of the neck, rather than from the front.

C= Cervical This refers to the neck.

F= Fusion This refers to the joining of two or more neck bones together at the end of the operation, in order to ensure stability.